‘Visit My Mosque’ across the UK

Alhamdulillah by the grace of the Almighty, last week several Mosques around the UK, including many Jamaats under the CoEJ umbrella opened their doors to the public, in an MCB  initiative to help tackle the misconceptions about Islam. Below are extracts from all the Jamaats that took part, as well as feedback from attendees on how beneficial they found it. It was heart-warming to see how attendees had such positive things to say about the openness and warm welcome they received, the thought provoking speeches that they heard from various Imams, and the immaculate akhlaaq that that they witnessed from community members. with these moral attributes which our A’immah have taught us, inshAllah we can progress further in our local communities and can demonstrate to the world what the real Islam is. 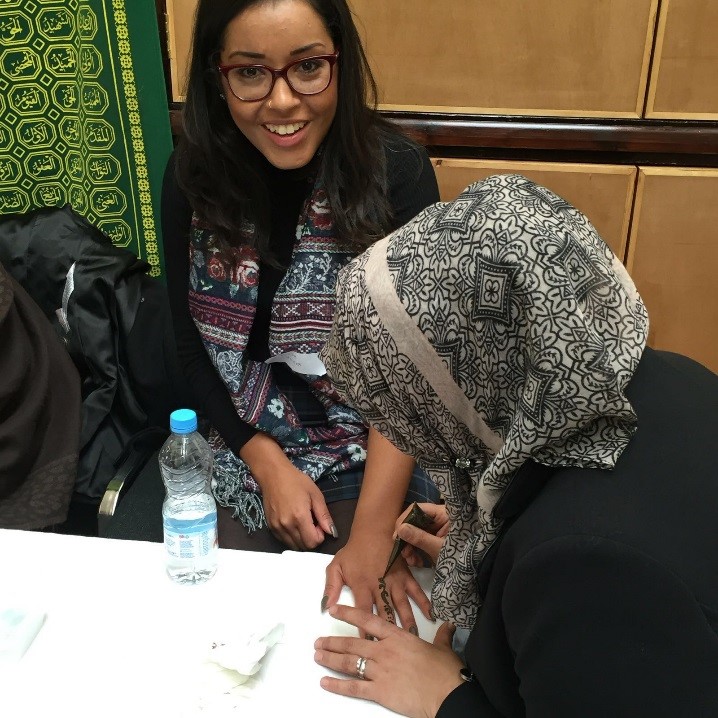 From Milton Keynes Jamaat: “Our guests enjoyed some homemade refreshments, had guided tours of the Mosque, got to try on hijab, and even had an opportunity to have their names in Arabic calligraphy and some henna applied! They also had the opportunity to ask Syed Naqvi questions” The feedback received was overwhelmingly positive, with one example as follows: “Today confirmed my perception of the Muslim community as welcoming, friendly and sharing many of my principles.”

“Today’s event has helped us understand much more. It was very informative and everyone involved has been extremely welcoming.” 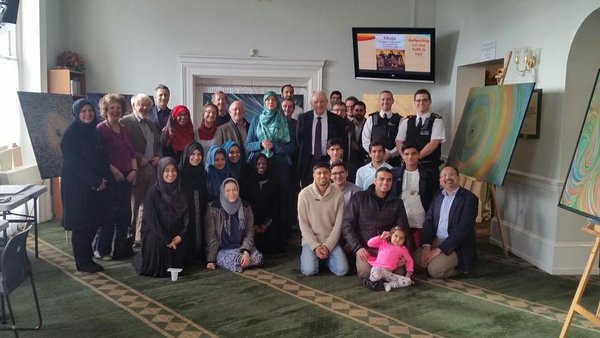 From HED Stanmore Hujjat: “One of the biggest success of the event was the diversity of ideas and backgrounds at the event. From the panel to the members, there was great participation in the event with teenagers Maryam Kazmi and Tiwa Adebayo (a Christian who helped organize the event) steering the talks, questions and later on the debate in a constructive manner. Tiwa is a Christian who attended a previous interfaith event and HED session and has since become an active member of the HED team. She says that no other community has ever welcomed her so warmly and the HED team looks forward to working with her on the next interfaith event as she has proved that she is an integral part of the team. 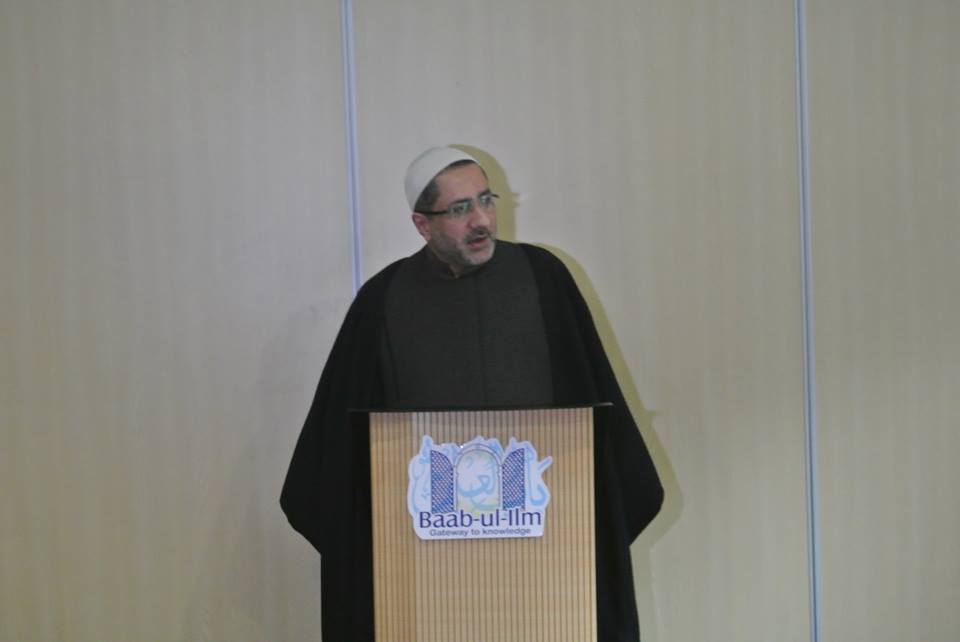 From Leeds Jamaat: “The speakers were excellent. The tour of the centre was very informative. We had visited before on the inter-faith walk but learned more and still have much to learn. The afternoon tea was delicious. Having time to chat to members of the centre was very valuable. We felt so warmly welcomed we came away knowing we had been with friends.” 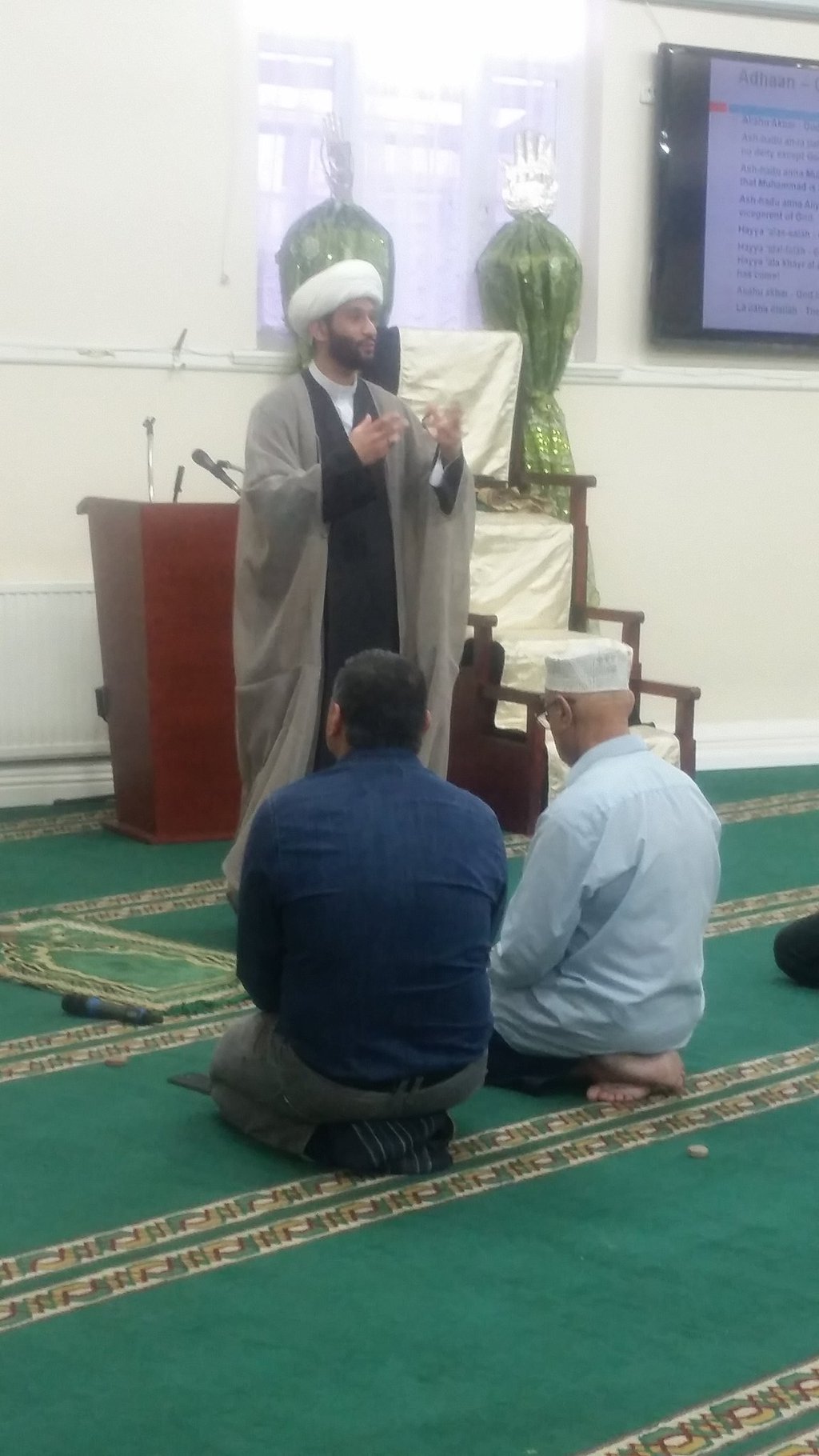 The Visit My Mosque event at Hyderi saw over 120 members of the local and wider community, and representatives from other faiths to come and see for themselves what goes on in a Muslim place of worship. Over tea, cake and samosas, event-goers were encouraged to observe afternoon prayers, to ask questions about the Islamic faith and to explore and familiarise themselves with the Mosque. Questions posed by visitors were both insightful and curious, allowing volunteers to elaborate on the reasons for why they choose to follow Islam as well as explain the centre’s approach to faith and engagement as British Muslims.

Sheikh Jaffer Ladak led prayers in the afternoon, translating key parts of the Arabic recitations into plain English so as to give the attendant non-Muslim visitors an insight into how worshipers commune with Allah. Many stayed to share pizza with the youth, building on commonalities between faiths.

One attendance commented on how peaceful he found the mosque, in direct comparison to the formality of his church; with others commenting on how delighted they were to see young children taking a leading role in welcoming guests. The local police and Councillors attended along with GLA candidates who hoped to use this opportunity to better understand the needs of the Muslim community.

Following the event, a small delegation from Hyderi travelled to the neighbouring Sunni mosque to demonstrate solidarity and build stronger community ties. 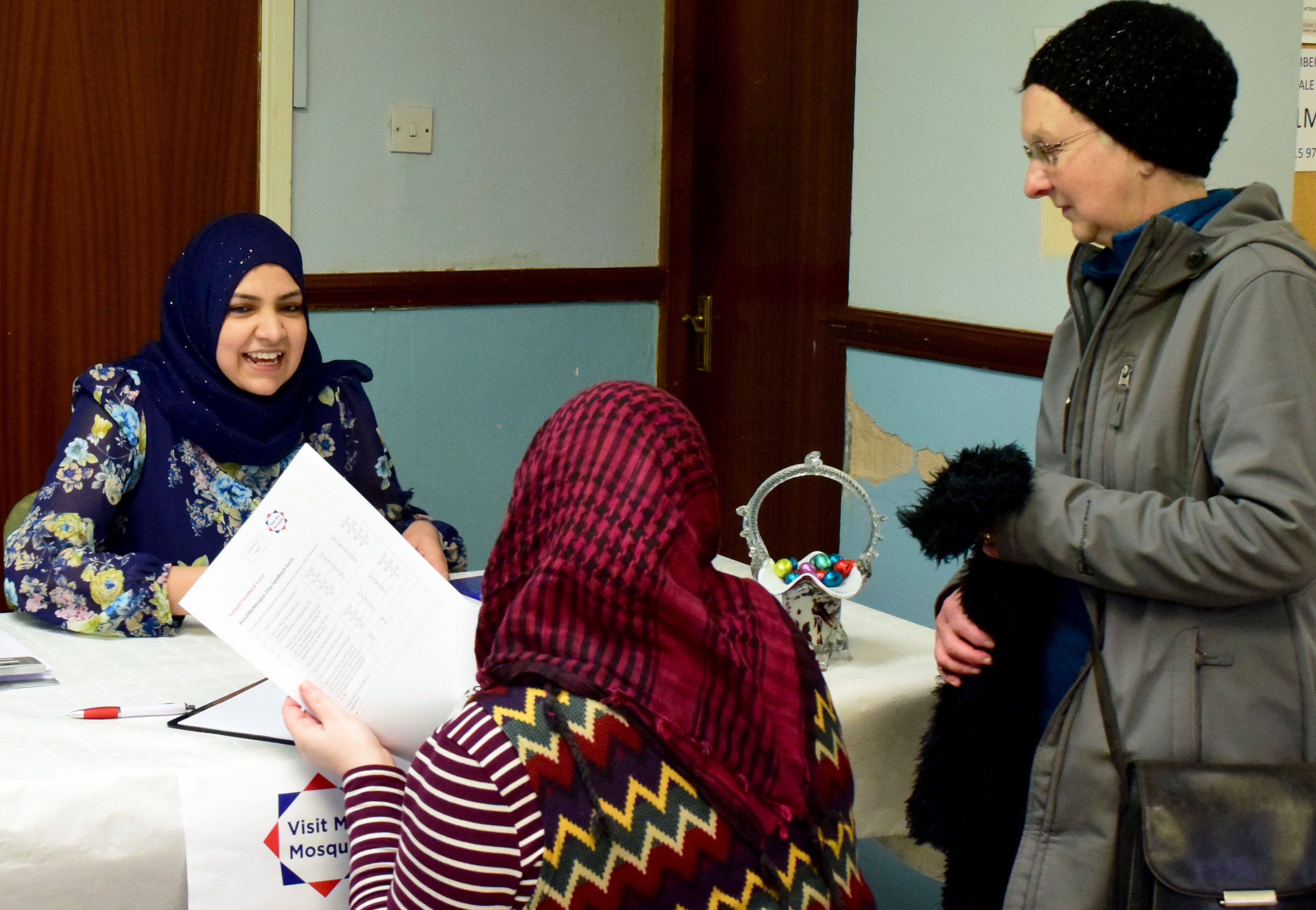 From Birmingham Jamaat: One of the organisers, Kazim Sajan, said, “The idea behind the Open Day was for the Centre to reach out to the wider community and give them a flavour of the activities that take place in a mosque, in an effort to build relationships with others. We took great pleasure in welcoming others to our place of worship, answering questions and dispelling any misconceptions people may have had about Islam.” Among the attendees, Jo Bull, a resident of the local area, said the following about her experience: “Thank you so much for the lovely afternoon, I feel uplifted and inspired.” Jo Bagby, a community regeneration consultant added “Thank you for all your gifts of welcome, hospitality, conversation, guided tours and my beautiful Hijab! I have learned a lot from all the people I have chatted to.” 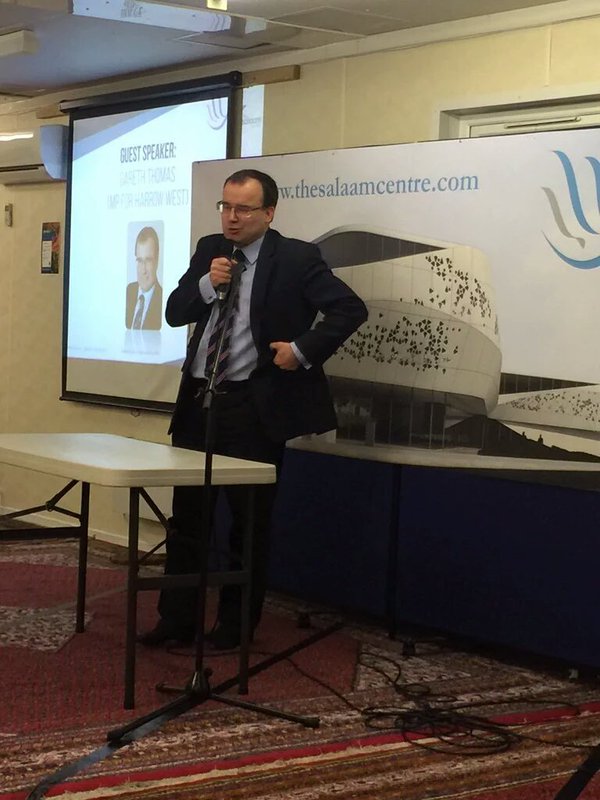 From SICM Mahfil Ali: Dr. Kumail Versi, one of the members of the executive committee of SICM said: “The purpose of the event was to reach out and build bridges, encourage deeper religious understanding and above all, to provide the opportunity for more people to get to know one another.”

Among the attendees was the MP for Harrow West, the Rt. Hon. Gareth Thomas, who praised Mahfil Ali for opening their doors to the public and for their great interfaith work they have been doing for several years. His words were heart-warming to hear when he said “You may think it is your mosque. But it’s my Mosque too”

From Leicester Jamaat: Feedback showed how positively the initiative was taken. One of the visitors said “There is a real sense of community in this mosque” said one retired lecturer “I had a PhD student who was Muslim but apart from that I’ve not really had much contact with Muslims or ever been in a mosque. I heard the radio interview and thought I would come with my wife.” It also demonstrated to the public that Islam is not a religion of war, but one of peace and harmony, another visitor commented: “I visited with my daughter and we were both made to feel very welcome by everyone there. The event was very informative and the mosque is very calm and peaceful atmosphere, I felt very blessed to have been able to visit” 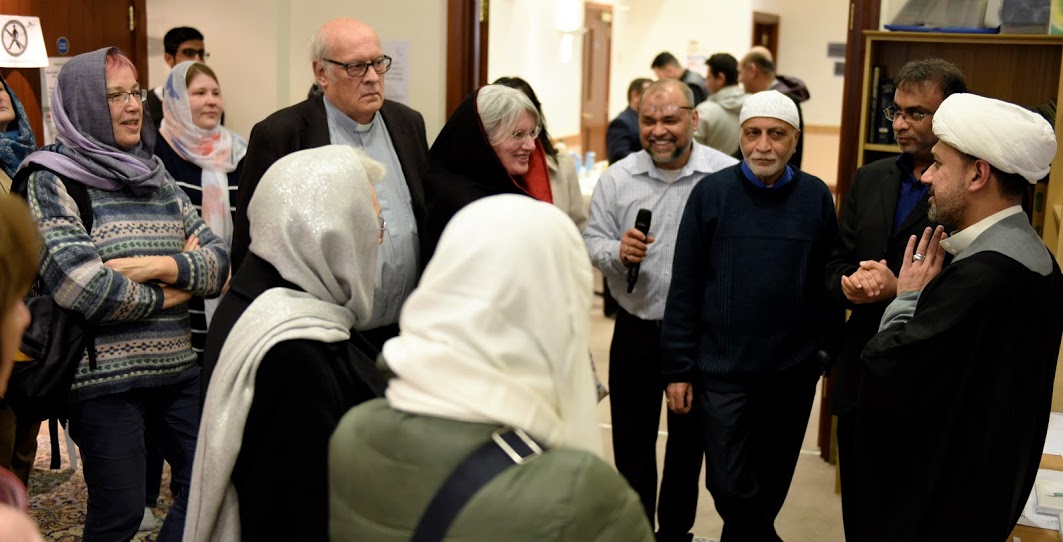