We were all woken up by Aliya Bai saying it was breakfast time. Aliya Ba i said “I’ll be back in 10 minutes and I want to see you out of bed!” Literally 2 minutes later, she knocks on the door and announces “10 minutes are up; everybody get out of bed.”

She then walks up to the blinds and pulls a bit too hard, which caused the clip to break. We tried and failed to fix it. This little incident caused us to be 5 minutes late to breakfast, which came with even more spillages and mishaps.

We were pleasantly surprised by Maria Aunty’s enjoyable class which was all about confidence. Masuma Aunty Jaffer then spoke to us all about the physical and spiritual body. Lastly Masuma Aunty Shahnawaaz told us an interesting story about a farmer and his fruit. This story had lots of strong morals to be taught.

After salah and lunch, we separated into our Quran classes and each group had an opportunity to recite from certain surahs.

Half of Neptune planet joined Venus and we went to archery, which was a new experience to some and fun to all of us. 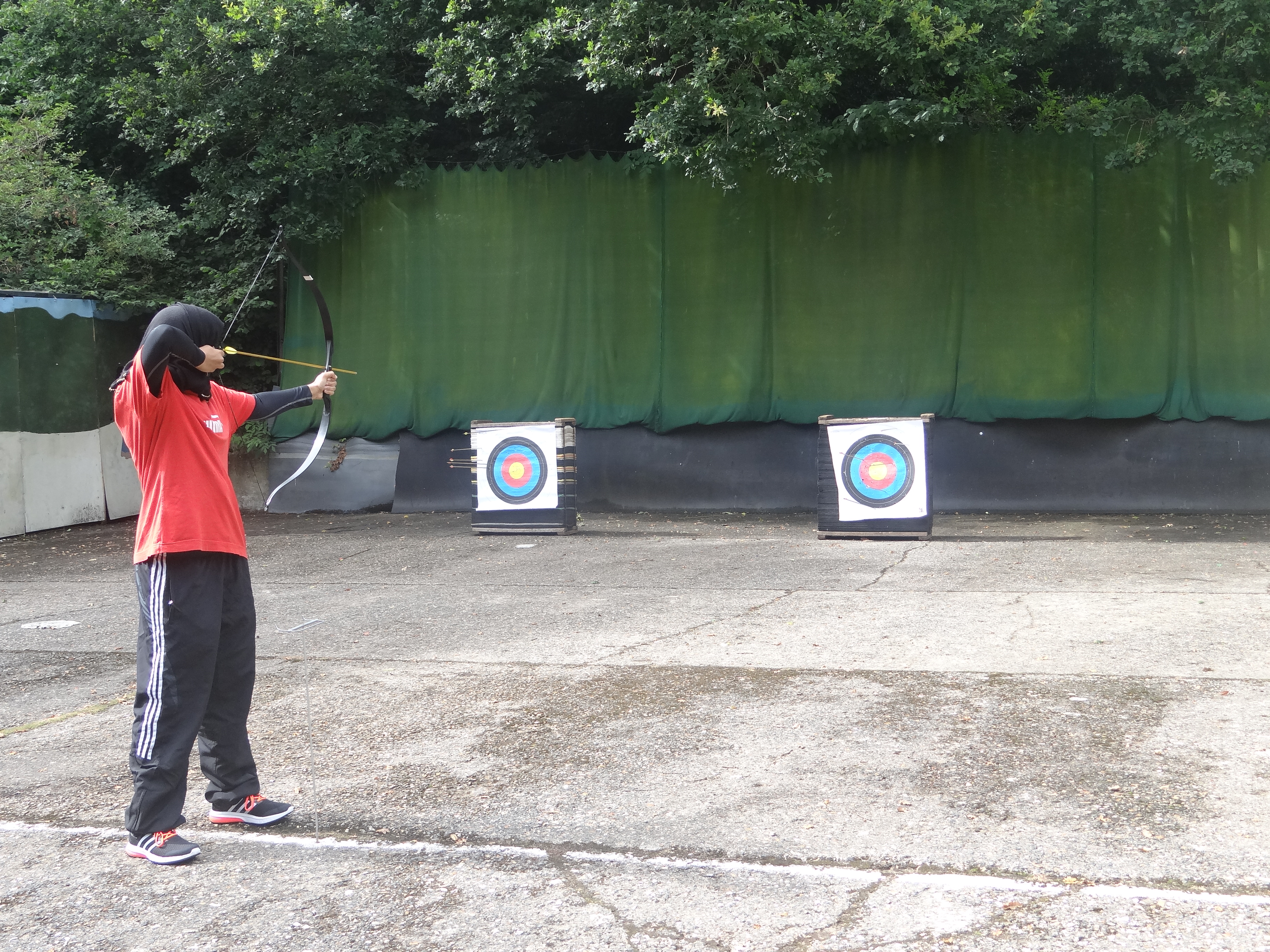 Sam, our instructor, gave us all a very detailed explanation on how to use a bow and arrow. A few people hit the bullseye. As Zainab Bai struggled to clip the arrow into the bow she dropped 2 of the 3 arrows and was banned from retrieving them. Luckily, her third arrow hit the target.

After archery we had low ropes in which we had a lot of teamwork to accomplish the course. One of the instructors kept repeating the phrase “teamwork makes the dream work” and we found that he was right. Ben, our instructor, was extremely impressed by our wonderful and supportive attitude towards one another. He said he wished he had had cool mentors when he was our age just like we do at Camp CoEJ.

We headed down the very steep stairs towards the netball courts where we had set up a game of rounder’s. Some of the camper’s got a bit too competitive with hitting the ball. In fact, Aliya Bai hit the ball so hard that it flew out of the court. Luckily Ruqaiya was standing outside, ready to catch it. She got it with one hand, like a legend. Unfortunately it did not count due to the fact that it was out of the court.

At dinner time we ate a lovely meal made by Mansura Aunty. Our meal was made with love, served with love, and we were invited to eat with love. PDT was next where we received lovely brownies and ice cream. Eventually we got into bed and had a good night’s sleep after being tucked in by the mentors.
Venus:  Zahra Khimji, Zainab Ahmed, Shahina Chandoo, Ruqaiya Kassam, Sukeina Shahnawaz

This Diary entry is a collation of entries from each of the members of the planet.

~ Today we did two activities. These were archery and low roping. I really enjoyed archery because it was satisfying learning the technique and hitting the target. In low roping we had to use teamwork to help each other across the course, which I really enjoyed. We then had lessons which I liked and were interesting but not as good as the activities. ~

~ Today we had 2 activities and 3 lessons. The first thing we did was low ropes, and then we did archery. Low ropes was quite fun, and even though I’m in Jupiter, three of us got moved to Mars. During archery, I was the first one to hit a bull’s-eye. The feeling was amazing! And what was even cooler was that it was my first time doing archery! My first lesson was about Jamaat Namaaz, then we did a lesson on social and emotional trust. My last lesson was on talent and public speaking and then we learned about Muhammed Ali Bha and core values. I’m making a lot of friends and the food is pretty good. All in all, CoEJ has been a great experience and I’m glad I came.~

~ Today at Camp CoEJ we firstly woke up and ate breakfast. Then we did Qur’an activities and proceeded towards the low ropes. I completed the whole course. Then we went to the archery bits. I made some pretty decent shots. We then missed sports but did some team building exercise with Aunty Maria. We then prayed and went to eat lunch. We then went for showers. Then for talent and public speaking. ~ 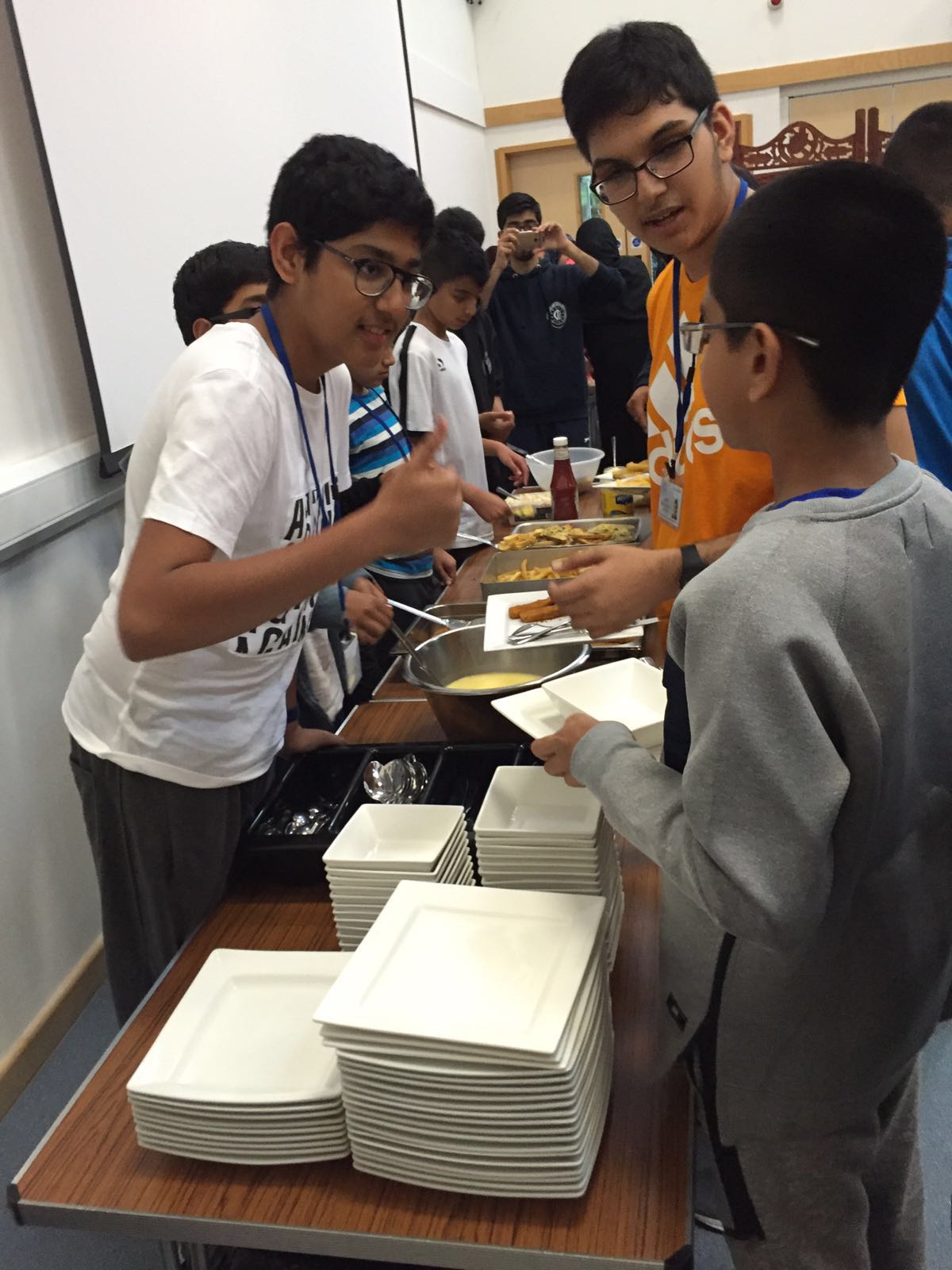 ~ At CoEJ on 2ndAugust, in the morning we had archery. In archery we could shoot arrows at targets. In the first time round we could shoot 3 arrows and I hit 2 on target and 1 off target. Since we had very little time, we only got to have two goes. Next we had low ropes. It was a climbing type of activity. We had to communicate a lot with our fellow campers. It was a team base of activity and you had to use a lot of teamwork. After, we had food. It was rice with curry. Since it was very nice, I had 3 servings and after that my stomach was so full that I could barely move. ~

~ At CoEJ I have made 2 new friends that we chill and also help out on hard activities. I have really enjoyed my classes that are all unique in different ways. I also love my activities, whether it is leading a group or winning as a team or striving to success in what I do. ~ 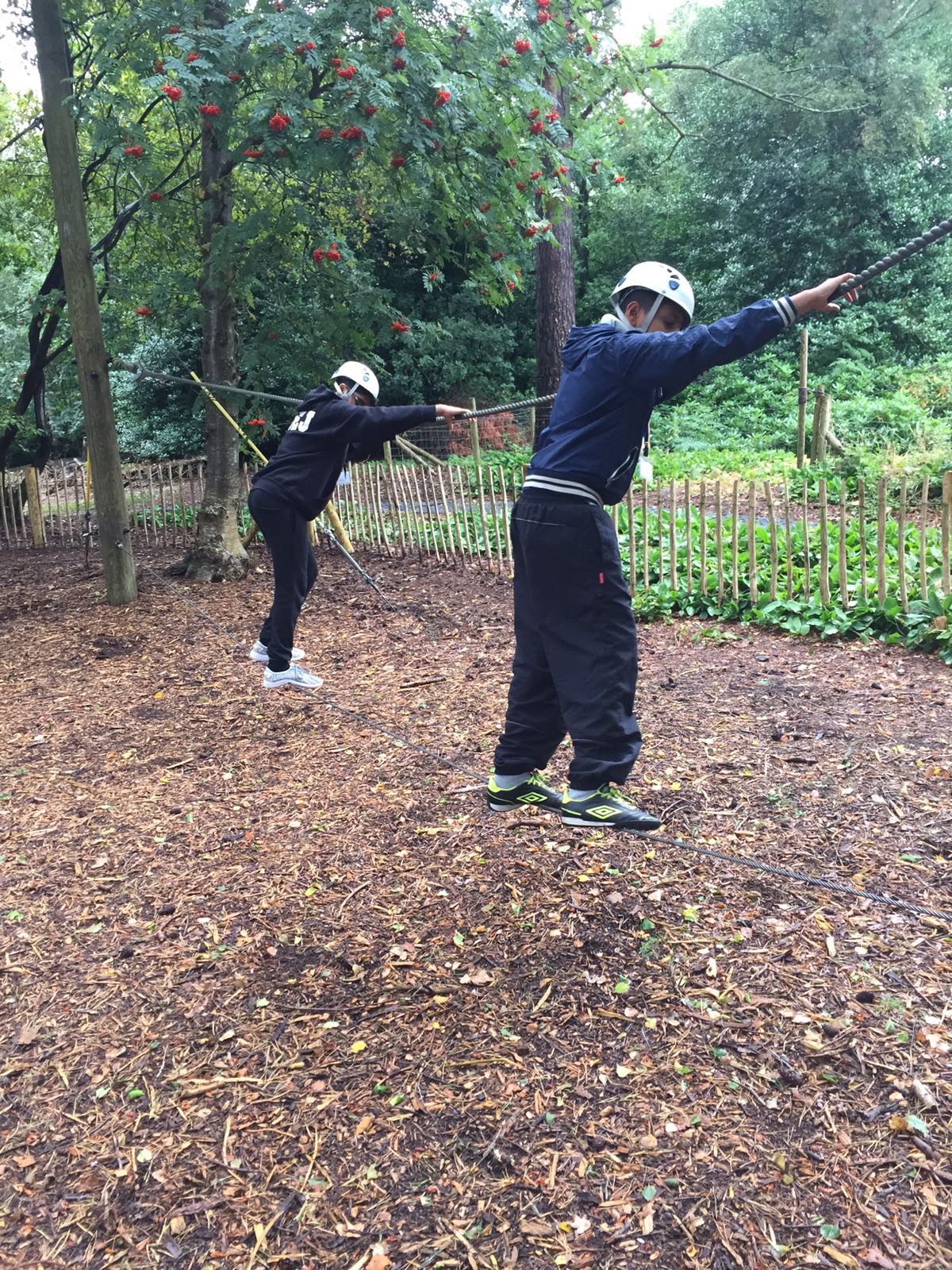